Workforce diversity is an important concept that helps businesses appeal to a wider variety of customers and workers. However, it can be very difficult to transition from idea to practice. Because this concept is so important to understand for businesses, here is an in-depth explanation of it.

Diversity means much more these days than in days of yore. Genders, religious belief systems, races, sexual orientations, degrees of ableness, and other categories are all currently recognized and must be accommodated.

What It Means And Entails

A diverse workforce simply means a company has built a workforce that includes many different types of people. It can mean people of different ethnicities, sexual orientations, socioeconomic statuses, ages, genders, religions and other ways in which humans innately differ. It can also simply mean people who have different personalities and will approach situations differently, such as both introverts and extroverts. Ideally, an organization will build a workforce consisting of all of the above, as well as match its strategy for having diverse employees with its overall organizational goals and values.

The Possible Characteristics of Employees

Gender is no longer a dichotomy. There are many genders. Some people identify as one gender while expressing themselves as another. Gender is different than biological sex. Some key terms to know are “assigned female at birth,” or AFAB, and “assigned male at birth,” or AMAB. People can identify as any gender even if their gender differs from their sex. This is also referred to as “who you are when you get into bed.”

Sexual orientation involves the concept of “who it is with whom you would get into bed.” Attraction comes in two flavors: sexual and romantic. It’s possible for someone to be romantically attracted to one gender while being sexually attracted to a different gender. Some people are even asexual, or ace. Pansexual people are attracted to all genders equally.

For more information about gender and sexual orientation, see the Genderbread Person, version 4.0. It’s a concise and practical way to highlight the different ways gender and orientation can be expressed.

Race involves a combination of melanin concentration in the skin and a country, or area within a country, from which a person hails. Like the gender dichotomy, the concept of race is a social construct as human beings became tribal. Each person identifies with and expresses race, along with racial characteristics, in a certain way.

People’s religion is their belief system, or lack of belief system, in a higher power of some sort. There are many, many more religions in the world than simply the Abrahamic faiths. Religion is also a subset of culture and ethnicity, and there are many religions that have very few followers. Still in the U.S., where religious freedom is a cornerstone of the founding of the country, all people have the right to worship, or not worship, as they see fit even if their belief system has only a few adherents.

Age is simply how old someone is.

In the U.S., it is not legal to use a person’s physical ability, or lack thereof, or the person’s disability, if any, as a qualification for employment. The exception to this rule is if the job requires a specific set of skills and capabilities, physical or otherwise, and the person is not capable of fulfilling the job’s requirements. An example would be, you couldn’t refuse to hire someone with only one leg to work in an office job because of the missing leg, but you could say, “No,” to the person for a job as a high steel beam worker.

This is merely how rich or poor you were in the past.

Different people will apply themselves to differing degrees in the job. Because some of these people might have various health or other issues that prevent them from applying themselves equally, this should not be a concern.

People’s political beliefs are irrelevant to how they perform assorted job functions. As long as those beliefs don’t violate the rights of others, they also shouldn’t be relevant in hiring or promoting someone.

How Does Workforce Diversity Impact a Business? 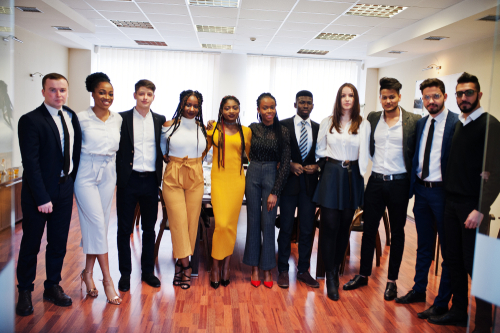 Improving diversity in the workplace is crucial to improving performance. People who feel respected and at ease will outperform people who are stressed and disrespected.

Employees who feel appreciated and empowered remain more loyal than those who are treated shabbily. A diverse and inclusive workplace delivers that.

Improved Public Perception of Your Brand

If a company is public with its diversity strategy, then it will build its image among aware people, which will help it grow.

Employees From Diverse Backgrounds Bring Creativity, New Ideas, and Perspectives Because of Their Cultural Experiences.

Creates a Better Understanding of Target Demographics and What Drives Them.

Members of a diverse workplace understand what people of similar backgrounds as they have want in both the products and services they buy and the companies from which they buy them.

A Diverse Workplace Can Better Align an Organization’s Culture With the Demographic Makeup of America.

When people in a diverse workplace feel as if they identify closely with their clientele, then they can use their own experiences and understanding to assess the American people’s preferences accurately. The culturally diverse workplace is a cross-section of the U.S. as a whole.

It should go without saying that people of the global majority, in other words nonwhite, will appreciate a company that tailors its presentations and brand to them and respects not only them themselves but also their culture and history. A diverse workforce will know how to work with these folks to make their experience as good as possible.

How Do You Create Diversity in the Workplace?

The first step to building a more diverse workforce is simply hiring employees from different backgrounds. Companies should not mistake tokenism for diversity, where they hire a single person from one group while all of their other employees are from another group. This is not only unhelpful but it comes across as shallow and likely will lead to disgruntled employees. Integrate a hiring strategy with overall business objectives. For example, hiring employees from a specific group may help the company be successful in particular business ventures, such as expanding into a new area or offering a new product. As Forbes notes, a diverse workforce can be difficult to achieve, so it is important for companies to learn from their mistakes and keep trying.

Creating diversity in the workplace involves tearing down centuries of bigotry and stereotyping. Qualified people for each job could have any combination of characteristics other than a white, straight, cisgender male. Companies that are either stuck in the Dark Ages or that embrace the values and characteristics of those times must completely change their mindset as well as their culture.

They must hire only based on ability to do the job. They must cast aside nepotism, “favors for friends,” and every other thing that creates bad feelings among workers and management alike. Most of all, they have to start to put their employees first instead of treating them like disposable wipes. The 21st century has passed unaware people by, and an increasingly diverse and savvy public isn’t standing for Dark Ages mentality any longer.

Make Sure the HR Team is Aware of Diversity Hiring Goals.

If these folks don’t know whom the company wants to hire, then they can’t hire the right people.

Make Sure Diversity Policies are Outlined in the Employee Handbook.

There should be no cases of, “I didn’t know,” when it comes to workplace diversity. Each employee should know the company’s stance on diversity while reading the handbook.

Employees and management personnel alike should follow a strict code of conduct while embracing and enforcing workplace diversity.

This policy should align with federal law regarding protected groups and the prohibition against discriminating against these groups. This includes not only hiring people but also evaluating them, managing them, and promoting them within the company.

No one should receive different pay simply for being different than others. The pay and benefits outlined in the employee handbook should be equal for all people performing the same duties.

All people should be safe while at work and while performing the jobs they are assigned. They should not be fired for any reason relating to who they are. This goes back to the nepotism concept, too, because no one should be let go to make room for “the boss’s nephew.”

Make Sure Your Company is an Equal Opportunity Employer.

This ties in with the nondiscrimination policy. Every person who applies should have the same opportunities as every other person in the company, without exception.

This means also that violations of the policy are dealt with swiftly and fairly. Having a policy and not enforcing it is worse than have no policy at all.

Make Sure Employees Are Aware of Diversity Policies and That They Have an Open Door of Communication to Report any Diversity Issues.

Confidentiality goes along with the open door. There must be no reprisals against anyone making a good-faith report of diversity failures.

Not everyone is as aware as others regarding diversity. Education is key.

Laws change. A company that keeps its eyes and ears open won’t be caught unawares.

Create Team Building Activities Based on the Interests and Abilities of Employees.

This ties in with the concepts of camaraderie and esprit de corps. Happy employees are productive employees.

Creating a diverse workplace is not difficult. It just takes time and energy and is well worth it.

The Advantages Of A Diverse Workforce

Working to create a diverse workforce has numerous advantages for companies. Diverse employees are going to come up with more varied, unique approaches and ideas. This allows a company to better innovate and come up with more creative ideas. A workforce consisting mainly of one group is more conducive to creative stagnation, which can halt a company’s success in its tracks. Having employees who speak different languages opens up international business opportunities as well as outreach into communities at home where other languages are spoken. A diverse workforce improves a company’s reputation, allowing it to attract better talent and more customers. 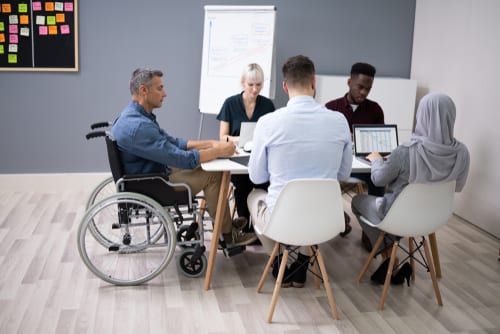 Creating a diverse organization does not just end with hiring employees of different backgrounds. The company needs to support them and meet their unique needs. For example, a member of a religious minority may grow dissatisfied when she is either not allowed to be off work on her holidays or has to ask time off to practice her religion while other employees do not need to work on their religious holidays by default. An employee of a different ethnicity may experience unaddressed racism and opt to leave. Companies need to take their commitment to a more diverse workforce seriously so all will be welcome. When companies do, they reap the benefits in lower turnover and stronger loyalty from both employees and customers.

America and the world continue to grow more diverse and globalized. Companies need to keep up by representing and appealing to different types of people. Workforce diversity is a powerful strategy companies can leverage for their benefit and the benefit of others.