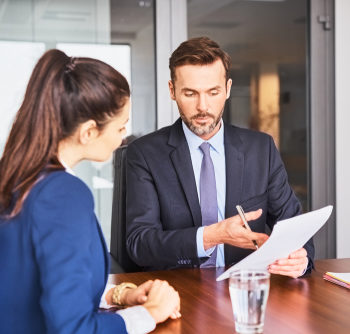 What is a contingent worker? By April of 2020 in the US, 14.9 percent of US workers were unemployed. That is the highest rate since the government began collecting such data in 1948. Small businesses were hit the hardest. The pandemic affected every company in some way. There was the inability to physically occupy office space. There was disruption of the supply chain. These made difficulties emerge. One way returning companies have found to survive and even flourish in the post-pandemic environment is the use of contingent workers.

What does contingent worker mean? This is a common question professionals ask when they are considering their employment options. So what is the definition of contingent worker? Contingent workers are a group of people who do not have a contract that explicitly defines any long-term employment with a company. Their work is exclusively based on short-term engagements.

Employees who do not want to work in a certain company for a long period of time also fall under the category of contingent workers. Such employees may be defined as:

They can either work in the company’s offices or remotely. They are highly skilled and experts in their areas of specialization.

The US government suggests a broader category of contingent worker as well. This group contains part-time and on-call worker and self-employed people along with the previously mentioned workers. Together, these groups make up nearly a third of the work force. Consultants, freelancers, and independent workers are often well educated and highly-skilled. The other part of this segment of American workers consists of people who may not have high school diplomas and who exist at the poverty level or below.

Differences Between Contingent Workers and Employees 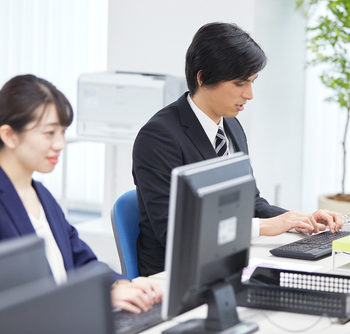 According to the contingent worker meaning, they do not receive salaries. Instead, they receive payments or commissions for the work done. They are not liable for benefits like contracted employees. They are responsible for their own taxes. Contingent workers cannot be told how to complete a project, as they work for themselves. The company’s main focus when dealing with them is on the results of the project.

Stores often hire contingent workers on a seasonal basis. They may also hire them when they are performing a specific task such as a yearly inventory. These workers receive a fee based on completion of the project or task. They could also work on an hourly basis.

Importance of Contingent Workers to Companies

Companies also save by not hiring employees for skills that may not be useful in the next six to 12 months.

These factors are huge motivators in the post-pandemic struggle for business survival. In the case of the skilled contingent work force, a corporation can hire someone who has the skills to complete a project without the need to retain the person after the project is completed. That is an advantage when the company does not need a tech department but needs someone to install and set up a new Internet system. As soon as the system is up and running, the contingent worker moves on to another client. 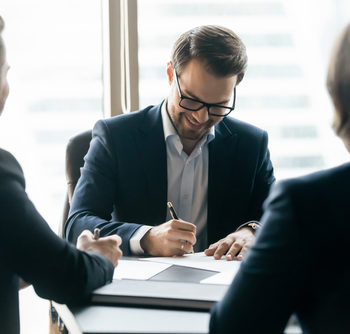 Another economic advantage to the contingent worker is that companies do not need to give them benefits such as health insurance, workers comp, retirement savings accounts and paid vacation and sick days. This can mean leaner HR departments. They can pare down the payroll department as well, because they no not need to figure how much tax or social security to deduct. The contingent worker receives no benefits. In the case of the skilled contingent worker, those things are calculated and added into the fee.

For the contingent worker who has few real skills and perhaps no high school diploma, this can become a problem. For instance, contracting and surviving Covid-19 might mean months of not being able to work and having no financial emergency backup. In July of 2020, according to the website rstreet.org, Senator Mark Warner of Virginia and Senator Steve Daines of Montana introduced a bill. This bill was to put aside 500 million dollars to help states offer benefits like workers’ comp, disability, and other payments to people without traditional employers. The system would assign benefits to workers, and not to positions. This bill is a continuation of an effort begun in 2016 to make “portable benefits” an option. It was re-introduced as an emergency measure during the pandemic.

One of the biggest differences in employees and contingent workers is the way the US government defines them. Contingent work definition is important. If a company hires someone as a contingent worker and compensates them on that basis, but the government says they are employees, the employer could be fined and liable for back wages and for the federal withholding and other required pay deductions. That means job descriptions, length of employment, and other agreements should be defined in writing.

Contingency workers may also be viewed as interlopers by other employees and by managers. That means worker responsibilities and rights should be spelled out. Additionally, to the extent that their autonomy allows, they should be subject to the same company policies and fit into company culture. 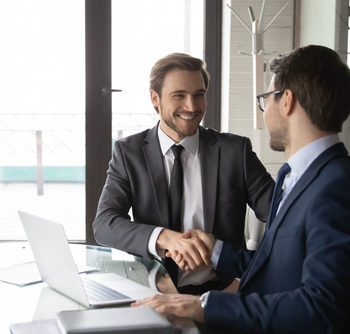 Some doctors who work as consultants for hospitals, PRN nurses and nursing aides, and other medical staff might be hired as contingent workers. During the pandemic, medical facilities were desperate for nursing staff to work on Covid-19 wards and to staff emergency departments. Other jobs for which employers might seek contingency workers are things like:

Contingent employment may last a few hours, a few days, a few months, or even a year or more. The important thing is that the contingent worker and the employer agree on the length of the job and its responsibilities.

How Contingent Workers are Hired

Sometimes these workers see listings on job boards the way people applying for permanent jobs do. Other workers are actually employed by services that provide temporary employees to companies. The companies inquire about workers to fill positions. The service selects contingent workers to fill the position according to their qualifications. Some contingent workers are rising stars in their fields. They are recruited by people who then collect placement fees from the company that hires the workers.

If you are trying to become a contingent worker on your own, here are a few suggestions:
• Actively maintain a resume with samples of your work. Actively means that you will keep the samples fresh and up to date.
• Have a proven track record of completing projects. That means you can provide references.
• If you are hired, respond to all management or employer communications. You are expected to work autonomously, but your employer still has the right to know what you are doing.
• Be self motivating.
• Treat staffers and other employees with respect.

By April of 2020 in the US, 14.9 percent of US workers were unemployed. That number included 20.5 million workers who were relegated to temporary status or permanently out of work. Businesses who were able to stay afloat found themselves operating remotely. In fact, according to staffingindustry.com, 77 percent of office workers began to work from home. What is surprising is that both businesses and employees liked the arrangement. Employees claimed to be just as productive. Companies whittled down their office expenses.

Now that the pandemic is under control at least in the US, corporations are looking at the remote pattern as a wave of the future. Dubbed “ location agnostic,” skilled workers have seen a business world in which they can live wherever they desire, even in another country, and still earn a living in America. Additionally, finding that they can work in their chosen fields and set their own rates and schedules, many workers who lost their jobs have reinvented themselves as contingent workers.

Four trends have surfaced in this new economy, according to ceowiz.com. These trends will guide struggling businesses back to health. This gives new companies the strength to survive until the still-fragile economy rebounds.

Staffingindustry.com also says that 70 percent of employers plan to hire contingent workers. There is a robust pool of these workers. Finding the type of talent necessary for a particular project may be difficult.

Because of the difficulty in fitting the right contingent worker with the right project, employers are beginning to “shop for talent” globally. That means they can take advantage of lower employment requisites in other countries while having access to some of the most skilled available.

Because they are depending upon fewer traditional employees and more contingent workers, companies may become “location agnostic” as well. That means shaving down the need for actual brick-and-mortar headquarters and stores and relying more upon remote activities.

Tech in the HR Department

Companies will need more complex technology (and, accordingly, more contingent and permanent tech operators) to track the dollars spent on hiring outside the company and on the proficiency and productivity of the contingent workers hired.

Benefits of Becoming a Contingent Worker

Based on contingent workers definition, one major advantage of going the contingency route is that you get the opportunity to build your skills professionally. You will most likely work on a variety of projects from different companies. These projects will give you the right platform to make use of your current skills and add more. This will add enormously to your resume and make you more marketable.

Working for different companies will help you identify what type of company suits you best. This will give you an idea of where you want to work. It will also increase your chances of getting more permanent and lucrative positions.

Working on a contingency basis will also give you the opportunity to interact with a variety of corporate managers and decision makers. By impressing them with your skills and expertise, you will get a chance to add a few more names to the list of references in your CV.

Downside of Working on Contingency

The most obvious downside to working on contingency is the lack of a stable salary. Additionally, while contingency labor is on the rise, there is no guarantee that you will be in demand. Your skills may not be compatible with a project, for instance. Plus, if you are in that sector without a high school diploma, you may face discrimination from employers who require that piece of paper.

Truthfully, not every job requires a degree today. A high school diploma or a GED is still the minimum standard for employment. Beyond that, honing the skills that you have and making yourself more marketable to employers by developing a good resume is important.

How to Impress Employers as a Contingent Employee

The focus of this article is on the sector of contingency workers that has sought-after skills. Perhaps you lost your job during the pandemic and are finding it hard to reenter the workforce. You may be a recent graduate who simply does not want to walk the traditional trail.

The most important thing you need to do is earn the trust of your employer. This means you have to maintain a high degree of integrity at work and be accountable for everything. You must be confident and assertive to work with a new team and help produce from the first day. You must also be able to read people around you and communicate effectively.

According to Forbes, the number of contingent workers today is about 40 percent of the total workforce in the U.S. The number is expected to increase. This presents a lot of hope for anyone who wants to become a contingent worker in the country.

Now that you know the answer to, “What is a contingent employee,” you will be able to decide if this line of work is right for you!