A person thinking of earning a degree in business, human resources, or a related field or who wants to enter a trade or unionized line of work may wonder, “What are labor unions?” Also called trade unions, these are legal entities that allow workers to function as a unit when it comes to representing the collective interest of the employees. Understanding what is a labor union is essential to both workers and management, and this knowledge is also critical to economists, financial analysts, and others.

What a Labor Union Is

A labor union is an organization that represents the interests of workers. It may also be called a trade union, worker’s union or bargaining unit. The purpose of a labor union is to bring employees together so that they have more power when negotiating pay, hours, benefits, and working conditions. They also help with the establishment and maintenance of worker pensions. A labor union functions as a social justice organization. 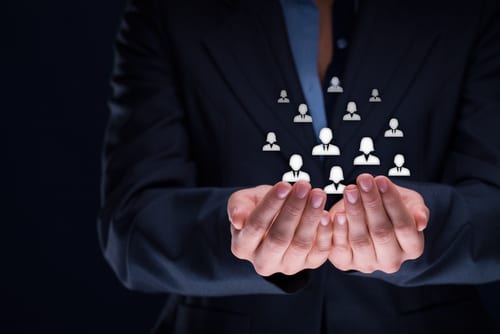 How a Labor Union Works

A labor union operates like a democracy. Members vote on the leadership board. Elections are held at pre-determined intervals. Voting takes place in private and results are publicly announced. The elected union officials are in charge of participating in negotiations and making decisions on behalf of the electorate. Once a tentative contract is formed between a labor union and an employer, the membership votes on it. The labor union acts as an advocate on behalf of all employees. To cover the expenses of the labor union, employees pay dues. Most workers’ unions charge a flat 1 to 2 percent of the worker’s pay as the dues.

According to Investopedia, the National Labor Relations Act, which is also called the Wagner Act, provides the legal basis for the formation and operations of trade unions. The act also provides unionized workers with the ability to collectively bargain for working conditions and to strike if a contract ends and no suitable new contract has been approved by the union members. The Knights of Labor was the first American labor union, and it was formed in 1869. Membership in workers’ unions grew rapidly until the 1950s. Membership stagnated, and it has dropped significantly since the 1990s.

Some Examples of Unions in the USA

There are many different trade unions in the USA. The largest is the American Federation of Labor and Congress of Industrial Organizations (AFL-CIO). It currently has about 20 million members. Its focus is on international trade issues, and its membership includes metal trades, automobile production assembly workers, and others. Some unions spun off of the AFL-CIO in order to form their own unions. Some of those and other well-known trade unions in the USA include the United Food and Commercial Workers International Union, the Change to Win Federation, and the National Education Association.

Understanding what a labor union is allows a person to become more familiar with the United States economy, workers’ rights and many other important issues. The 40-hour work week, minimum wage, and worker’s compensation system are just a few of the privileges won by trade unions in the USA. Familiarity with the answer to, “What are labor unions?” helps make a person more knowledgeable about the rights and responsibilities of workers and employers in the United States.